This weekend was one for the books.

THE GOOD – My sisters Wedding!  OMG! It was absolutely amazing!  The day started early for us, around 7am, getting all of the kids ready and packed to go where they needed to go.  We were all bathed, dressed, and out the door before 8:30am. Talk about a serious hustle!  Mary stayed with another foster mother, who has a 7 month old little girl, and who had a 7 year old little boy who we have had plenty of play dates with.  We’ve become great friends over the past 2 years and have always had children in our care around the same age.  Mary really enjoyed her time with our friend… 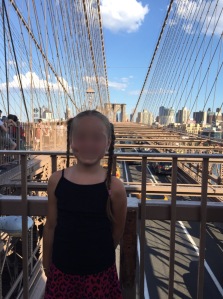 The boys stayed with their Godmother Nikki (my bestie) and her fiance Titi, again, because the boys absolutely adore them, and they absolutely love (and spoil) our babies.  They took them on yet another shopping spree for more toys! 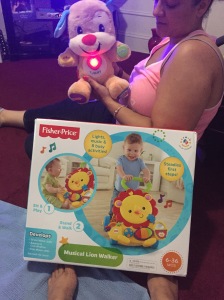 And threatened to kidnap them for their vacation next week. 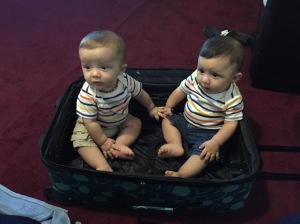 But ultimately, our babies are in good hands, and they really enjoy their time with their aunts, who take excellent care of them. 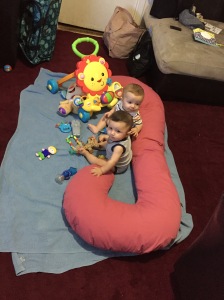 So we climbed back into the car, after dropping off our kids, and went to meet my sister at the Mansion.  We arrived around 11:30am, and so did all of her friends, my mother, my sister Nat, and my cousin who was doing her hair and makeup.  It was super fun!  We had “Today’s Hits” playing on Pandora, everyone was drinking mimosa’s (except me of course because suddenly I have this new obsession with chewing on ice!), and sharing memories and laughter with my sister to help keep the nerves away as she was getting ready.  We hung out for a while before Sebastian showed up.  He was there with his mom, who was running back and forth between his room and the Master Suite where the rest of the ladies were.  Since they didn’t have a wedding party, just 2 flower girls, I decided that my sister had enough people to help keep her calm, so I went over to where Sebas was, and hung out with him while he got ready, drank his whiskey, and practiced his vows.  I tried my best to make him laugh, because the amount of sweat that was pouring off of him, and the severity of his shaking were unlike anything I’ve ever seen.  So joked around, we laughed, watched TV, and waited for the photographer and videographers (who has a freaking drone to get aerial shots!) so they could start getting ready.

When they finally showed up, I was between two rooms, trying to help and be in pictures with my sister and with my future brother-in-law.  When my sister finally put on her dress, I don’t know if it was all these crazy hormones or just the fact that my little sister, my first best friend, someone I can tell all my secrets too without judgment, was getting married.  She looked so damn beautiful, and the tears flowed, freely, without reservation.  And good thing, because I was officiating the ceremony, and couldn’t allow myself to cry during the service.  How unprofessional!  So I cried, quite a bit, as I helped my sister put on her wedding gown. 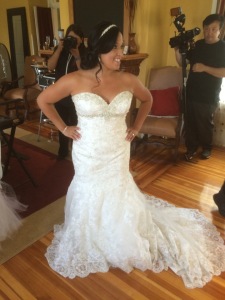 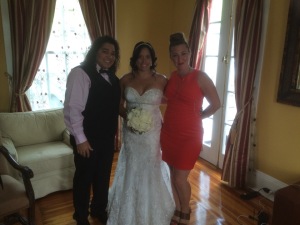 When they were both dressed and ready, they decided to do a reveal, just the two of them, before everyone saw them.  I followed along because I was getting video of the whole day. Seeing that man cry, turned me into a blubbering mess…again! 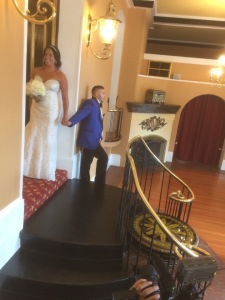 When all was said and done, we walked outside to the area where the ceremony was going to take place.  Guests were starting to arrive.  Family and friends had excitement etched all over their faces.  Before you knew it, it was a quarter to 5, and almost all of the seats were filled, waiting for the couple to come down the aisle.  I was at the front, nervous, but so ready to help send my sister off into married life. 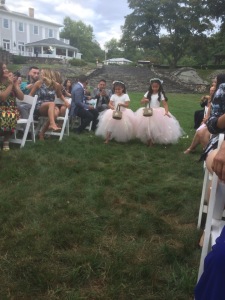 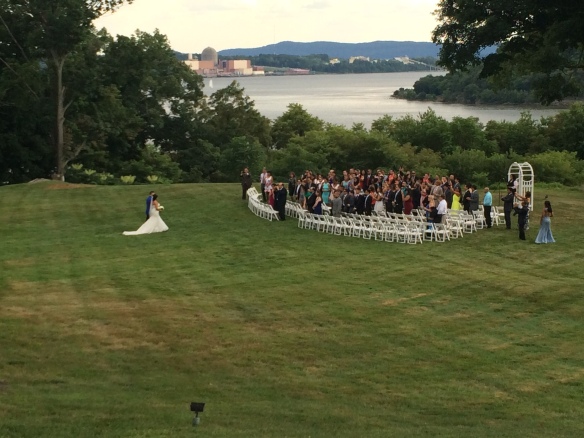 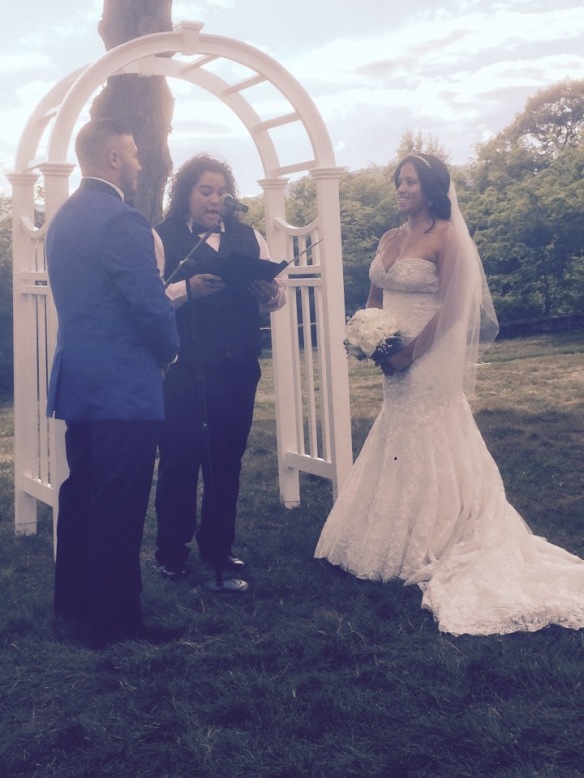 I actually did rather well during the ceremony!  I kept it together……….for the most part.  The only time I cried a little was when Sebastian read his vows, because I had heard my sisters vows quite a few times to desensitize myself to them, and had read through the ceremony countless times to get the correct cadence, and timing and spacing.  But when Sebas read his vows, and how raw his emotions were, and the crack in his voice, I  couldn’t resist.  It slipped a little..but I pulled it together (thank you thoughts of Sewer rats, and also the Giants winning the Super Bowl!) and I was back in the game!  I married my sister and her husband and we were off to (un)cocktail hour and an awesome reception underneath a beautifully decorated HUGE tent!  We partied, hard!  It was loads of fun, no drama (thankfully), and everything was just perfect.  Now, they are both off to Tahiti now, and I’m only a little bit jealous…I couldn’t be happier for them, and I know that they will make each other so happy for the rest of their lives…and I can’t wait for more nieces and nephews! 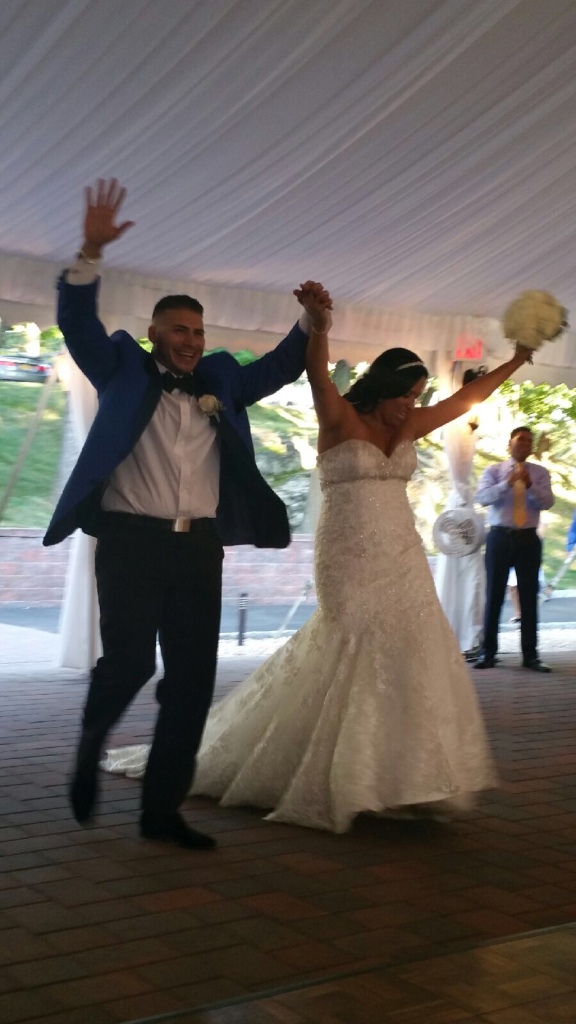 THE BAD – After all of the amazing going on Saturday, we wake up Sunday morning to a non stop phone ringing. I knew something was wrong right away, but if you’re ever in that place between being asleep and awake, it was almost like I was dreaming.  Phone started ringing at about 7:30, but neither of us got up to answer it until about 10am.  I noticed that Callie’s mom was on the caller ID, and she usually works Sunday’s and doesn’t use her cellphone, so I knew immediately, something wasn’t right.

“Cal’s, wake up!  You’re mom keeps calling, and it’s Sunday and she works, and it’s her cell.”

“Oh shit…hand me the phone.”  Dials her mom.  “Oh jeez…what time?  Since when?  Why didn’t you call my cell?  But I don’t have any missed calls…uh huh….uh huh…yeah….uh huh….i dunno…uh huh….ok…well how’s Aunt Jasmine?  Alright, we’ll get dressed and we’ll go, but we have to get the kids…ok, love you mom…be there soon…”

So Sunday morning, after spending 9 days in the hospital, Aunt Brit passed away.  Not a minute before Aunt Jas went in to tell her she loved her, and some other things that she wasn’t telling anyone, either because it was too painful to relive or too personal to say.  And that’s okay.  But she’s gone, and we miss her, and it’s really shitty.  Her family wants to cremate her, so they will, and they don’t want a memorial service, which we are all against with the exception of her mother and sister (who are delusional even now after she’s gone), so we’re having a service anyway.  On Thursday evening.  It’ll be so so hard…

This was such an emotionally draining weekend, and we are all feeling to today.  We haven’t slept, everyone has a headache, all 3 kids are acting out, and I just wanna run away even if it’s just for a few minutes.  But we’re hanging tough and making it work….as best we can, we make it work….

10 WEEK UPDATE – So it’s been 10 weeks (and 4 days at this point) and the nausea had FINALLY subsided! Thank the heavens, because it was a lot!  And it was constant.  BUt YAS!  It’s gone!  But interestingly enough, since it’s been gone, I’ve had an aversion to lettuce…salad really, but I can  pick the things out of it, like cucumber and tomatoes and carrots, and still eat those things individually, but it’s that damn lettuce that gets me every time.  It’s awful.  What do I love?!  ICE!  Lots and lots of ICE!  I like to chomp on it sotht it makes everyone around me absolutely crazy.  Interesting thing, when my mom was pregnant with me, she had my uncles trekking to the store to buy bags of ice, because the ice trays weren’t freezing fast enough for her appetite for them.  I didn’t know this until Sunday, when we were all at my parents house (really my moms sisters house, where my parents are living in her basement studio until they find a condo/coop) in the evening, and my uncle asked me if I wanted anything.  So I told him, “Just a cup of ice”, and he gave me the widest, cheesiest grin.  He laughed and said, “She’s just like you when you were pregnant! Remember you used to send me to the store and get you ice, and ice, and ice!?!”  And here goes my mom, “Oh my gah…Jew gonna haben a girl! Yes jew are because Mami loven to eata de ice when chee was pregne wis jew! Oh jes!  It’s a girl!” It’s nice to hear that I’m like my mom, because I always consider us so different.  It’s nice to have this pregnancy to connect us, and I get to hear stories that I’ve never heard before about her pregnancy.  It’s actually really nice, and made me feel pretty special.

I’ve been having some weird mild cramping, but Callie seems to think it’s just baby growing, and considering how exhausted I have been and so hungry (although I can’t eat more than a few bites every hour or two), I don’t doubt that there is some growth spurt happening or something.  My next Ob appt is on 8/27 for the Nuchal, so hopefully, all will go well with that, although I have no doubt.  I do worry about the constant headaches I’ve been having and how nothing makes them go away.  Not even the recommended dose of Tylenol.  I worry that it might be an issue with my blood pressure, but even having gone to our local CVS and done the cuff there, my pressure was were it usually is…borderline, which is my normal for me at around 135/80.  It’s been like that since I was about 18.  Not that it’s a good thing, but it’s my baseline.  Callie has also been having loads of headaches, which isn’t normal for her, so I’m wondering if it’s just stress and lack of sleep.  I guess I’ll know more at my next appointment.

I’ve been looking for some gender non-conforming maternity wear, and I am just so sad about the lack of anything that doesn’t have pink flowers and a plunging neck line.  The good thing is that I have a younger cousin (who I adore!) who is a fashion student at FIT, and she’s gonna take on helping me make so dope ass maternity clothes that are more my style.  We’re gonna buy a crapload of bellly bands and pants that I would normally wear, cut the waistline down, and then sew in the bands.  Not sure what we’re going to do about shirts, but because I’ll be getting bigger in the fall and winter months, I can get away with sweaters of button downs that I already own from when I was much bigger.  I knew those XXL Ralph Lauren and Abercrombie shirts would come in handy!  So, I have that to look forward to as far as maternity wear is concerned.  My pants are starting to get a little tight, but if it weren’t for that, I would have no other indicator that my body is changing.  Otherwise, everything seems to be going well…

Thanks again everyone for keeping Aunt Brit and Aunt Jas in your prayers…they’ve been received and it’s proving to provide loads of comfort at this time…you are loved…truly….