That’s a thing.  Well, let me rephrase that.  It’s not a “thing” in the sense that it’s gonna happen ( I don’t think), but it’s something that in the past year, in all of its craziness and joy and happiness and flow, has been something that has been thrown into our arguments now and again.  About 6 months ago, it became a real discussion, and so, we began to go to couples therapy.

The thing is, it has nothing to do with love, and I think we both know that.  It has everything to do with communication and listening.  See, most of you know, I did quite a bit of intensive therapy for the better part of 2 years.  I spent 2+ months inpatient, then did 3 weeks in a partial program, then did 90 days in a substance abuse program, and then did 20 months in an outpatient, M-F 8-3pm DBT program, where I really worked on the things that had been plaguing me my whole life and I became very aware and in tune, and was taught and learned how to be an effective communicator and active listener.  Callie struggles a little with the “active” part, and is so quick and chomping at the bit to get her point across that she totally misses what I’m saying, and sooooo, arguments start because I refuse to listen since I wasn’t listened to, and boom!  Disaster, and then divorce comes up.

I get it!  5 kids in about 3 years is no joke!  It’s just been transition into transition into adjustment and then adjusting to THAT adjustment.  These 3 years have been beautiful but also bananas!  So I get it, especially when you have a person like Callie who generally speaking, doesn’t do well with change , who needs a lot of sleep to function (so you can imagine that with 4 under 3 currently, is quite impossible), and who needs things planned out pretty strategically in order to make it all work.  I, on the other hand am pretty much the complete opposite. I LOVE change and embrace it (I move the furniture in the rooms in my home 2-3 x’s a year because I get bored looking at it the same way), I can survive on about 3 hours a sleep a night (so long as I get a day a month to just crash and vegetate!) and spontaneous plans always seem to be the best to me.

We are creeping up on 7 years together in 2 weeks, and I’m wondering if that “Seven year” nonsense could potentially be a real thing.  With some of our close friends divorcing after 7 years together, we wonder if that’s where our lives our heading. Can we just not agree on anything?  Can we just continue to not be intimate after months! Is it really all about winning and losing, or who is right and who is wrong?  When will all of this anger, resentment, anxiety, and helplessness subside?

As much as I love my wife is the same amount as I have been struggling, particularly these past 3 months, to stay.  To try and understand some of her needs that just seem really crazy and illogical to me.  I’m trying!  I’m really trying, because I love my kids, and I love this family, and I love the time that we share together, and I fucking love my wife, but admittedly, I don’t love to feel ignored, or to be treated like I don’t count, or to be so angry and sad all the time.  We have amazing, beautiful moments nearly every day, but the arguments are so ferocious and so angry and so loaded with venom that it’s difficult to see past it sometimes.

I’ll keep trying and I’ll keep fighting because I don’t want to be away from my family or my wife, but for my own sanity, I don’t know how much longer I can take the arguing and the need for her to be right all the time. It’s really hard, friends.  Really fucking hard. Hopefully, this is fleeting.  Hopefully, this is just a “thing” kind of like conversations about separation and divorce are at the moment.  Hopefully, we can muster up the courage to just say “Yes dear” for a little bit for the sake of peace and sorting things out.  Who knows how this will all work out!  Worst case scenario, we have a mother/daughter set up in the house, and the basement is currently rented.  It could suddenly be unrented with 60 days notice according to their lease.  Hopefully, THAT won’t also become a thing.

With anniversary looming, and seven years on the line, I’m committed to trying my best to make US our best and have THE BEST life possible…especially because our kids are so damn awesome and I’d hate to fuck them up with a possible divorce.  That would be the worst thing I could have imagine for not only my life but their also.  And I wanted to say in advance, thanks for reading this and letting me vent because I have 2 people that I have been able to talk to this about for the sake of not getting too many opinions and not talking to our friends who are invested in our lives and marriage the way we are in theirs.  One is my bestie blogger friend, and the other is my mother, both who understand how difficult this is, but also encourage me to both follow my heart but also to keep fighting.  My heart and the fight are one in the same. So, I’ll lace up these boots, fill my Camelbak (With Chardonnay!), and get to trekking on this journey of recovering what we lost somewhere between bliss and 5 kids.

To lighten up this post a little….TADA! The kids! 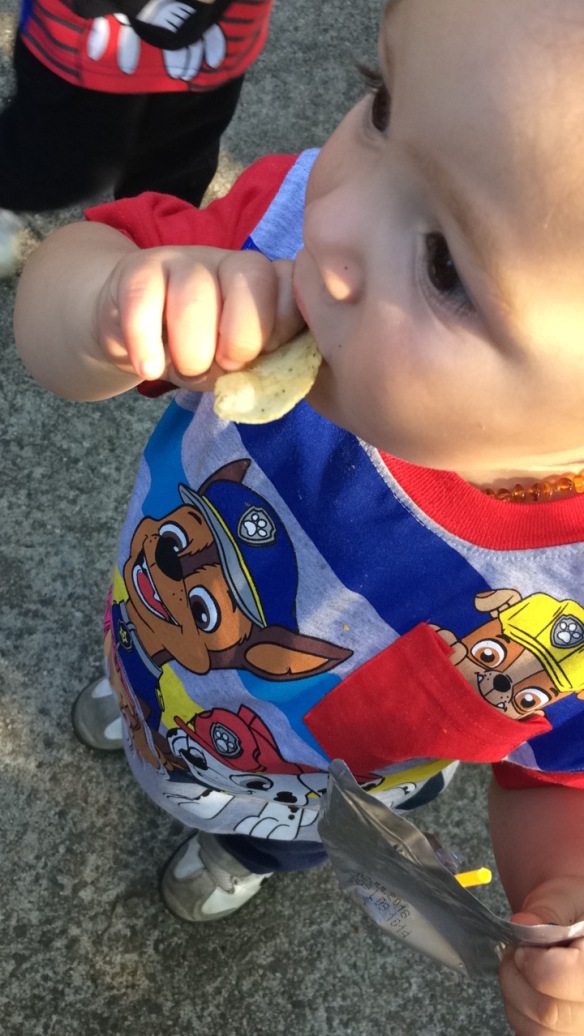 “LOOK MAMA! YOUR CRYSTAL MADE RAINBOWS IN MY EYE!”

NOT TO BE OUTDONE BY MY FAVORITE KITTY! 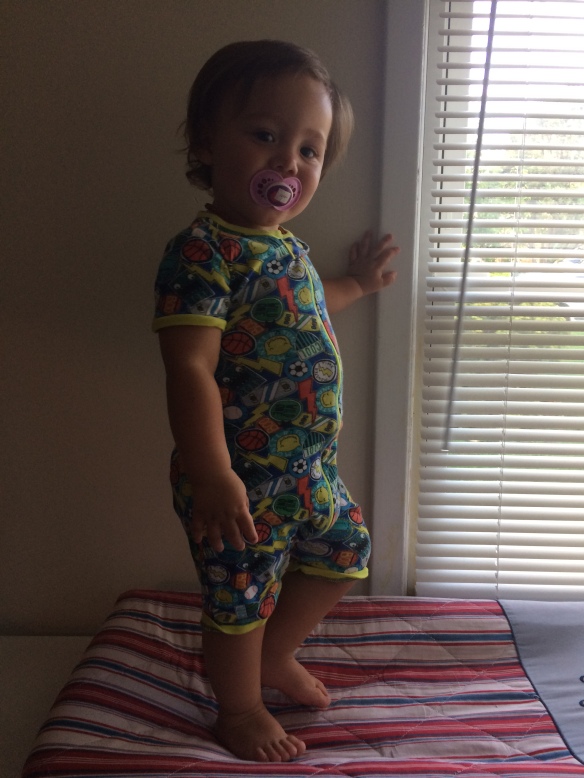 PAPO IN MY FAVORITE PJ’S BECAUSE THEY ACCENTUATE THAT DELISIOUS BELLY! 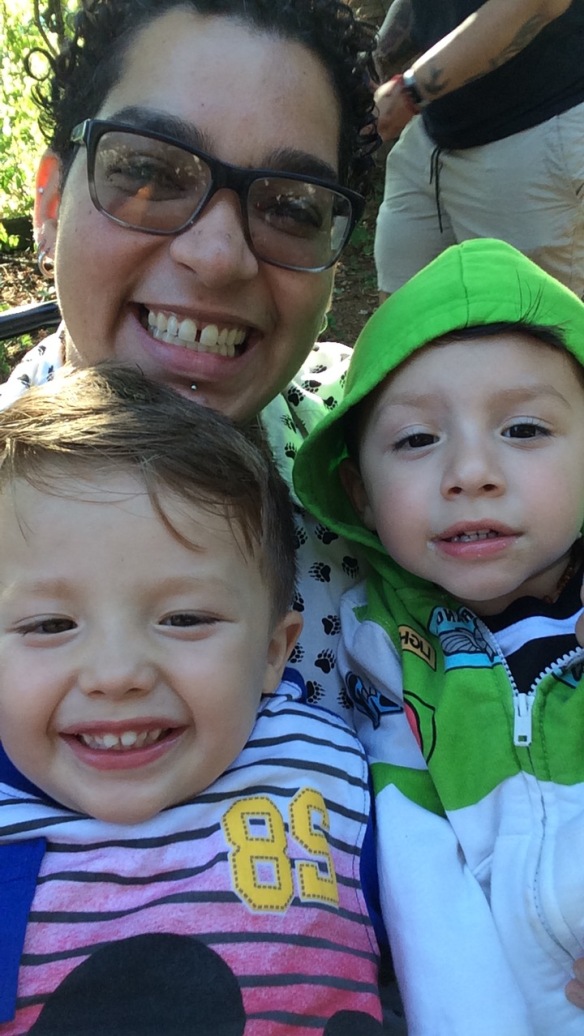