Callie has always been a hard worker.  She has always moved quickly up the ranks with any organization she has worked with and has always been the employee that is used as an example (and not in a bad way).  Wanna learn how to do something, and do it right?  Go to Callie.  Need someone to put together a great training about…who cares?  Ask Callie.  Want a supervisor that always has your best interest at heart, and will help you in any way that they can?  Callie is the one.  She has always had a great rapport with anyone that she has ever worked with.  She’s one of those people that can (for lack of a better word) “alter” herself to fit the person that she is speaking with so that she can connect with them on a different level.  And people LOVE her!  I mean, absolutely ADORE her!  Her old manager friends and even her old boss still keep in touch with her regularly.  There was a point in time when different child care companies had her name on their tongues and were FIGHTING to have her joint their company.  I mean, she was a freaking diamond director.  That means that even after staff was paid, bills were paid, and things for the school were taken care of, she STILL made them over 1 million dollars in revenue!  Only 12 directors in 1200 schools INTERNATIONALLY achieved that.  My wife is BOMB yo!  And hot…also very, very hot! 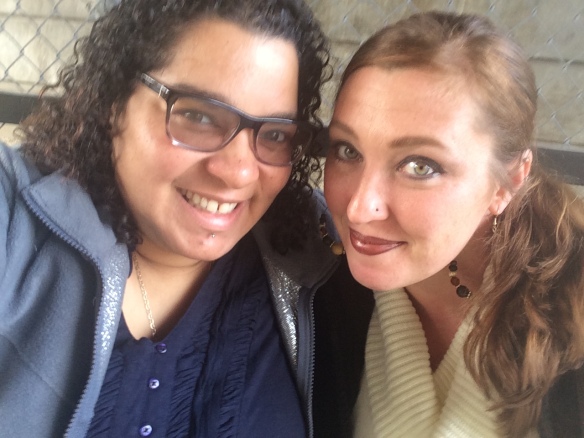 The 16 months that she was home were really rewarding because she got to stay home with the boys and care for them and be a kick ass SAHM, but she always mentioned that she felt like something was missing, but she didn’t know what that something was, until she scored a pretty awesome position as an Instructional Specialist for a really great child care company.  This center is run by the same people who started 2 other international Ivy League Day Care companies, because they wanted to give a really great education to children from impoverished/at risk communities and give them the same start and opportunities as kids in more affluent communities.  And also because learning starts REALLY early, and lots of the children that are at these centers wouldn’t otherwise have the opportunity.  It’s really an incredible program!  I dig it!  After her 2nd full week of work, she realized what it was that was missing.  It was acknowledgment, praise for a job well done, and working together with a team to get things done.

She currently has 4 schools that she “manages”.  She works in the classrooms monitoring teachers and doing observations.  Afterwards, she talks to the teachers and praises the HELL outta them for all of the amazing things that they are doing with the kids and in the classroom, how they are communicating, about the content of the lesson, about the children’s reactions, etc.  Then, she gives them some pointers and helps them to be the best teachers that they can be.  These teachers (who also grew up in these communities) don’t necessarily do well with criticism, even if it IS constructive, but for whatever reason, the absolutely ADORE Callie. She loves turning classrooms around and building “community” within the schools that she is working in.  In fact, she had a huge ACS walk through (these schools are heavily monitored by ACS [Administration of Children’s Services] and DSS [Department of Social Services] because they provide the funding)   and she managed to get a few teachers to come in to move furniture and get her schools in tip top shape for the visit ON A SATURDAY!  I couldn’t believe it!

Does she miss being home?  Of course she does!  She is particularly guilty about not being able to give Austin the same amount of time as she did the boys, but with a family of 6 living in a pretty pricey suburb outside of NYC, it’s just not feasible or affordable to have one working mom, even more so since our savings account is starting to dwindle and we have completely and totally outgrown our tiny ass 3 bedroom apartment, so house hunting has officially begun.  And the combined 6 figure income is freaking SWEET! But also she is so happy at this new job and she loves what she does, and being useful, and in a small (but still super huge way!) changing the community and the lives of the people who live in it. Because really, the only way to make these “at risk” communities get a little less “risky”, if you will, is to educate the youth, and she is doing just that!  Seeing her this happy after the last 5 years of hell at her old company is such a nice change. 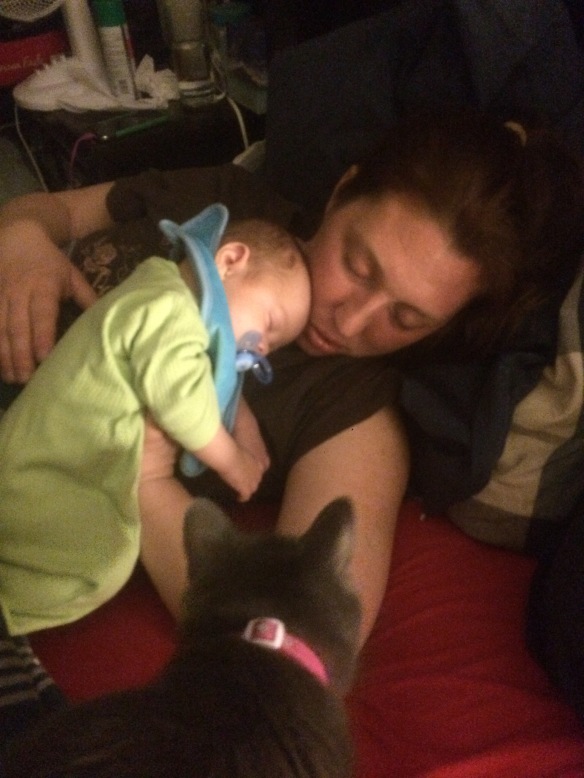 Speaking of the old company, I think I may have mentioned that we filed a discrimination case against them with HRC and, we won!  We totally won!  Callie was able to prove that he company discriminated against her based on sex and pregnancy and we freaking won!  It took 8 months, but no matter what they said, Callie always countered with proof.  Loads and loads of proof.  I mean seriously, Callie got written up 2 weeks AFTER she told them she was pregnant with twins for 3 years worth of infractions.  But 2 weeks BEFORE she told them, she had received and email from her supervisors supervisor basically saying how amazing she was!  They claimed that they got rid of her because she wasn’t meeting the impossible task of enrolling 3 new students a month, which in this economy is CRAY!  So she looked up enrollment rates in our county and it turns out that for how poorly every district in our county was doing, Callie was actually KILLING it with enrollment and retention even though it wasn’t where the company wanted her to be.  But who cares about them! They suck big sweaty ones, but they’re paying us a nice amount of cash since they decided to settle.  Enough to get a little down payment on a new home when we are good and ready (I’m freaking ready! Callie is on the fence!).  This was the push we needed to get us out of our apartment and into a home, and also…on a week long vacation in July with 4 kids!

4 thoughts on “Callie and Her New Job”