This has been a hella busy weekend.  We barely had time to sit down or sleep!  This was one fun-filled weekend for all of us.  We had a sweet 16, apple picking with the family, and a circus on our Mary and Moms date.  Let’s just say, I could have used an extra day added to this weekend.

Saturday started out late, at least late for our house on a Saturday morning.  Everyone was up at around 8, which was awesome.  An extra hour of sleep!  YAS!!!  I made everyone my famous cinnamon Farina (which the boys devoured in about 7 seconds and is Mary’s favorite breakfast that Mama makes), and we were all dressed and ready by 10:30 am to head out for Mary’s soccer game.  I have officially coached our team to 2 victories! 2-0-0…I’d say for a new coach, that’s pretty dope so far.  The girls on our team are AWESOME, and I was thoroughly impressed with the fact that Mary has caught on to the game so quickly.  Callie thinks I’m a total proud mama, but seriously, she’s the second fastest girl on the team, and her footwork is pretty great.  So, with a little more practice (and probably a soccer camp) she’s  easily be picked for next years travel team nd be one of the best ones on the squad.  Friends, I have been waiting for this for a long time! To have kids that are old enough to do fun activities.

After the game, we went home, and started to get ready for Callie’s little cousins Sweet 16, but not before I “put the boys down for a nap”.

Callie happened to snap this unflattering picture of everyone passed out!  My poor Levi hasn’t been feeling well and was running a low grade fever of 101 but he was in good spirits for the most part.  We gave him a little infant tylenol and got everyone ready to enjoy the evenings festivities.  Man, were all 3 of my kids the center of attention at this party!  I barely saw my kids the entire night!  They were being passed around to from person to person for most of the evening, and we kept getting compliments about how well behaved they all were.  Mary spend most of her time on the dance floor, Whippin’ and Nene’ing the whole night (if I NEVER have to hear that song again, it wuld be great!), doing the Cupid Shuffle, and once the glow sticks, inflatable microphones, and gymnastic ribbons came out, it was a wrap!  This kid had people coming over to her to ask her to show them to do all of these dances.  She really enjoyed herself, and they all looked amazing! 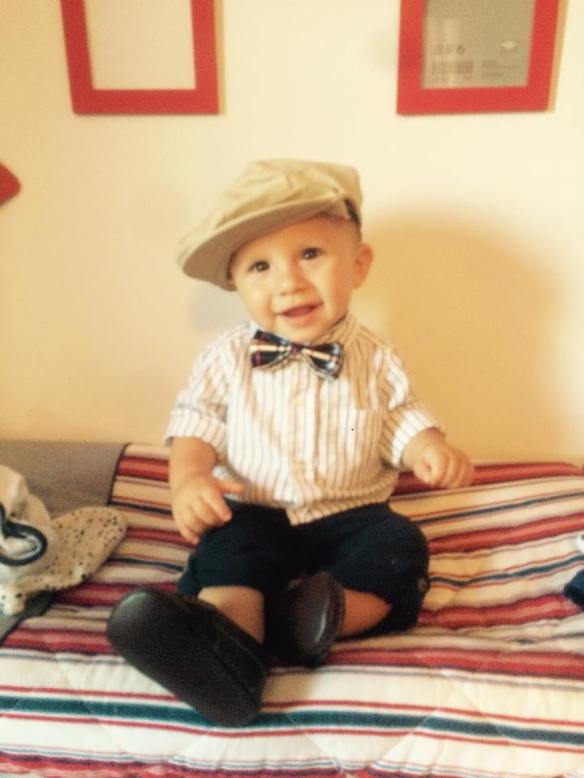 THE CUTENESS IS UNREAL!

We got home rather late that Saturday night, which was a really bad move considering that Sunday morning we were all supposed to meet at my parents house at 9am.  Do you know what it’s like to get 3 kids ready at 7am to get out of the house by 8:30, and to hurry your wife along because it takes her 45 minutes to put on eyeliner (this is most definitely NOT an exaggeration!), just so we are only 10 minutes late and not an hour late?!?  It takes a LOT of effort on my part, but we made it, about 7 minutes past 9.  Everyone was so excited, and we got on the road for our hour drive up to the orchard.  It was a beautiful day, sunny, about 73 degrees and just perfect weather to be out with the family enjoying the day.  We got to pet a ton of animals, play in the bouncy castles, sample a ton of apples as we filled out bags, and had loads of fun in the corn maze trying to figure out which animal killed Farmer Joe.  Mary and my niece Izzy thought it was the coolest thing.  My parents, my aunt and uncle, my sister and her boyfriend and the two girls, and my brother, his wife and their 2 kids all went.  It was great to spend time with my brother and his kids.  Since we met about 6 years ago, our time together has been limited because of everyone’s work schedules, but now that his wife has gotten a new job with weekends off, we hope to do more things together with the kids more often.  We want them to be able to spend the time together that we didn’t have when we were younger. 5 hours, a Giants horrible loss, about 7 bags of apples later, and loads of pictures later, we were on our way home. 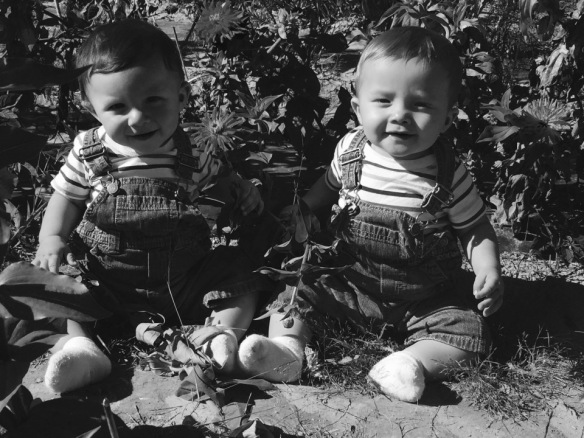 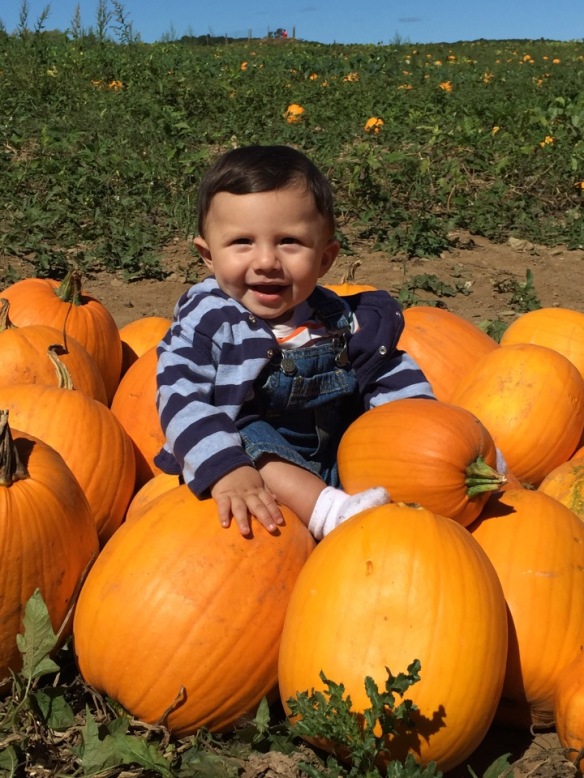 We all went back to my parents house, where we left the boys for a little bit so that Mom’s could take Mary on a date!  We got free tickets for “Circus Latino” from our resource worker, and decided to just have it be the 3 of us.  We bought popcorn and soda (we NEVER let Mary have soda so it was a real treat!)  and enjoyed a free show.  We took a load of selfies, and Mary was so incredibly happy that it was a chance for her and her moms to do something that was just for us.  She stayed between us the whole time, holding both of our hands, and watched the show, munching on popcorn, sipping her Pepsi, and having a hard time closing her mouth during all the balance acts.

It really was a great weekend!